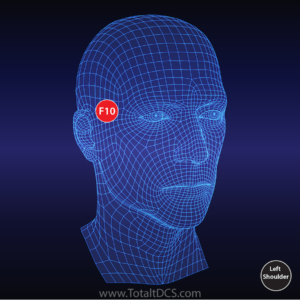 This electrode placement gained widespread popularity among the tDCS community back in 2012 when the US Government’s DARPA (Defense Advanced Research Projects Agency) announced they had been experimenting with tDCS. Using this montage, DARPA tested the performance of snipers and found that in most cases tDCS actually doubled soldier performance! In fact, the DSO (Defense Sciences Office) published a report declaring tDCS to have produced the largest effects on learning ever reported.

Below is the Abstract taken from the original 2010 DARPA report:

A variety of brain networks were found using functional magnetic resonance imaging (fMRI) data collected at different stages of learning, with two of these networks focused in right inferior frontal and right parietal cortex. Anodal 2.0 mA tDCS performed for 30 min over these regions in a series of single-blind, randomized studies resulted in significant improvements in learning and performance compared with 0.1 mA tDCS. This difference in performance increased to a factor of two after a one-hour delay. A dose–response effect of current strength on learning was also found. Taken together, these brain imaging and stimulation studies suggest that right frontal and parietal cortex are involved in learning to identify concealed objects in naturalistic surroundings. Furthermore, they suggest that the application of anodal tDCS over these regions can greatly increase learning, resulting in one of the largest effects on learning yet reported. The methods developed here may be useful to decrease the time required to attain expertise in a variety of settings.

This montage was further popularized with the publish of Sally Adee’s article, Better Living Through Electrochemistry, where she wrote about her experience being invited to a government contracted company to try the experiment herself. In 2014, RadioLab covered the story in their podcast, 9-Volt Nirvana, which grew to become one of the most popular articles covering Transcranial Direct Current Stimulation ever published.

In for a laugh? The original DARPA report was removed from the Military’s website. In fact, it has since disappeared from so many other websites we had to move it to our private servers. We claim no ownership and do not wish to challenge the U.S. Military, but also believe in the freedom of information. We hope if we are sued for copyright infringement, you will bail us out. Here it is.